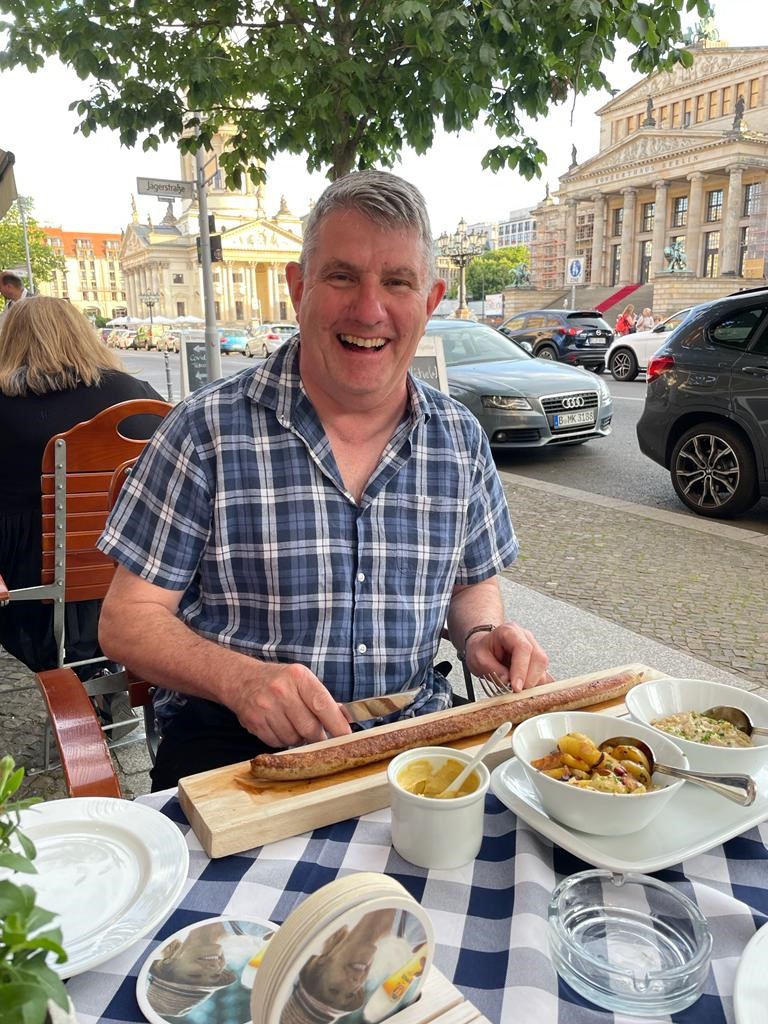 It has been an extraordinary privilege to be given the opportunity to take study leave.  I am very grateful to Liverpool Diocese and the folk at St John’s and Crabtree for giving me the opportunity to have a sabbatical.  During the three months I have pursued a course of study I have wanted to undertake for years but have never had the time.  Through May, June and July I have mainly focussed on researching ‘Leadership Development in the Church of England and the British Army’.

I have read numerous books on leadership drawn from a wide variety of sources including military leadership and doctrine, Church leadership, leaders from industry, the creative arts, commerce and from the world of sport.  Having the time to read and reflect is something I have enjoyed immensely.

One of the other elements of my sabbatical has been to interview a range of senior figures within the military and the life of the church.  These interviews have been incredibly useful, and I have gained a great deal from these conversations.

One of the very notable interviews was with a Major General (a very big cheese!) who could only see me at 8.00am in the morning at his house in Salisbury.  I duly turned up at his front door at the appointed time and in the doorstep conversation called him ‘Sir’ several times (old habits die hard!)  I was taken aback by him saying “Please call me Jon” – you don’t call Major Generals by their first names!  I was then invited inside with the surprising question ‘Are you a vegetarian?’ when I replied with a negative response, he then proceeded to further throw me by saying “Oh good, I thought I’d cook us bacon and eggs.”

Once again I am reeling, Major Generals don’t cook lowly Majors (retired) breakfast.  The next hour and half was wonderful, the breakfast fantastic and the conversation inspiring. Jon was one of the most intelligent people I have ever had the pleasure of meeting, a razor-sharp mind with a superb ability to analysis issues and give clear and concise response to my questions.

I have interviewed numerous other military leaders and church leaders and these meeting have involved copious amounts of tea, cake, biscuits etc. but the General excelled himself by providing bacon!  I have been astounded by the common ground that came out in the interviews.  Time and time again in response to my questions regarding the key qualities or characteristics in a good leader the same type of responses came out.

A brief summary of those responses is below:

I have reflected at length on my reading and research and have come to conclusions which are both personal and apply more generally.

At the start of my sabbatical, I had a theory or premise that I wanted to explore.  In simple form it was ‘The Church of England is poor at developing leaders and the Army is good at it!’  I then set this idea to one side, deciding to do the research and reading and see what I found without applying any presupposed ideas to my research.  At the end of my research, I found that my initial theory was spot on!

The reason for focussing on leadership formation and development in my sabbatical was a belief in a fundamental principle that ‘Good leadership is vital for organisations to flourish’.  This has been reinforced through my study.

I believe I have identified some positive steps that can be undertaken at National, Diocesan and local church level to improve the Church of England’s formation and development of church leaders.  I have started to have some conversations within the diocese and the nationally about possibilities for enhancing leadership formation in the Church.

I have reflected on my own leadership characteristics and have celebrated areas of strength while also identifying several areas for development.  I am hoping to work with some people and groups to continue the leadership journey that God has called me into.

The other significant aspect of my sabbatical was to take time to work on a novel I am trying to write.  The idea for the book came from a very profound dream that I felt the Lord gave me.  The ideas for the plays that I have previously written also came to me by a similar process! I have been working on the book for about two and half years but recently the writing process had stalled badly.  The book (provisionally called ‘The Other Hitler Diaries’) is set in Berlin and tells the story of an ordinary German family from 1918-1963.  A research trip to Berlin has reinvigorated my desire to write and two extraordinary ‘God-incidences’ have affirmed to me that God is in this (do ask if you want to know more!)

I’ve only recently returned to parish-based work and it’s wonderful.  Reconnecting with folk from our churches and the community has been a delight, it has felt like catching up with good friends that I’ve not seen for a while.  I also feel that my own relationship with Jesus has deepened and grown and it has been a joy to see Him at work in my life.

I will try very hard not to be a ‘sabbatical bore’ but if you would like to know more, including why I ate a one-metre-long Bratwurst, then please do ask.

FacebookTwitterEmail
Page load link
We use cookies on our website to give you the most relevant experience by remembering your preferences and repeat visits. By clicking “Accept All”, you consent to the use of ALL the cookies. However, you may visit "Cookie Settings" to provide a controlled consent.
Cookie SettingsAccept All
Manage consent

This website uses cookies to improve your experience while you navigate through the website. Out of these, the cookies that are categorized as necessary are stored on your browser as they are essential for the working of basic functionalities of the website. We also use third-party cookies that help us analyze and understand how you use this website. These cookies will be stored in your browser only with your consent. You also have the option to opt-out of these cookies. But opting out of some of these cookies may affect your browsing experience.
Necessary Always Enabled
Necessary cookies are absolutely essential for the website to function properly. These cookies ensure basic functionalities and security features of the website, anonymously.
Functional
Functional cookies help to perform certain functionalities like sharing the content of the website on social media platforms, collect feedbacks, and other third-party features.
Performance
Performance cookies are used to understand and analyze the key performance indexes of the website which helps in delivering a better user experience for the visitors.
Analytics
Analytical cookies are used to understand how visitors interact with the website. These cookies help provide information on metrics the number of visitors, bounce rate, traffic source, etc.
Advertisement
Advertisement cookies are used to provide visitors with relevant ads and marketing campaigns. These cookies track visitors across websites and collect information to provide customized ads.
Others
Other uncategorized cookies are those that are being analyzed and have not been classified into a category as yet.
SAVE & ACCEPT
Go to Top