Sharing the Word Of God with Burscough since 1832

St. John the Baptist, the parish church of Burscough (consecrated in 1832) was built with the aid of a grant from parliamentary funds. These funds were specifically assigned, at the end of the Peninsular War, for the building of churches in populous areas.  Consequently, St. John’s, which is a Grade II* listed building, is known as a “Waterloo” church.

The architect, Daniel Stewart, who was from Liverpool, built two churches – the other being St. Matthias, Liverpool. St. John’s is built in the Gothic style from stone brought from Parbold, on land that was given to the Church of England by Lord Skelmersdale. The church cost £3,440 to build – £400 of which was raised by public subscription.

The parish also includes a mission church: St. Andrews, Crabtree, which was originally built to serve the community on the canal in 1903. 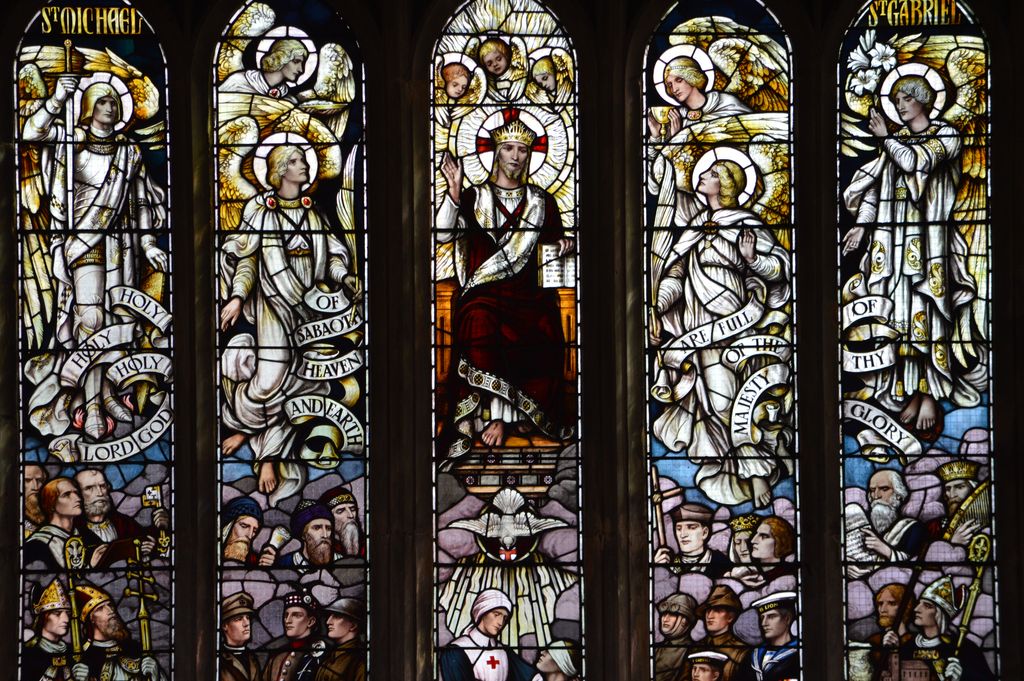 One of the key features of the church is the East Window (installed in 1920), which is dedicated to the memory of local Service Personnel who died in the First World War.

Tweets by SJB_Burscough
Page load link
We use cookies on our website to give you the most relevant experience by remembering your preferences and repeat visits. By clicking “Accept All”, you consent to the use of ALL the cookies. However, you may visit "Cookie Settings" to provide a controlled consent.
Cookie SettingsAccept All
Manage consent

This website uses cookies to improve your experience while you navigate through the website. Out of these, the cookies that are categorized as necessary are stored on your browser as they are essential for the working of basic functionalities of the website. We also use third-party cookies that help us analyze and understand how you use this website. These cookies will be stored in your browser only with your consent. You also have the option to opt-out of these cookies. But opting out of some of these cookies may affect your browsing experience.
Necessary Always Enabled
Necessary cookies are absolutely essential for the website to function properly. These cookies ensure basic functionalities and security features of the website, anonymously.
Functional
Functional cookies help to perform certain functionalities like sharing the content of the website on social media platforms, collect feedbacks, and other third-party features.
Performance
Performance cookies are used to understand and analyze the key performance indexes of the website which helps in delivering a better user experience for the visitors.
Analytics
Analytical cookies are used to understand how visitors interact with the website. These cookies help provide information on metrics the number of visitors, bounce rate, traffic source, etc.
Advertisement
Advertisement cookies are used to provide visitors with relevant ads and marketing campaigns. These cookies track visitors across websites and collect information to provide customized ads.
Others
Other uncategorized cookies are those that are being analyzed and have not been classified into a category as yet.
SAVE & ACCEPT

The BIG BURSCOUGH JUBILEE LUNCH is on the 5th June at 1pm, St John's School Field